Let's uncover the most powerful and best workstations that have ever existed (hint: the newer ones)

When you have a lot of work to do and standard microcomputers won’t cut it, a workstation is one of your best options– assuming you don’t want to build your own PC— because they have CPUs with more cores as well as significantly more RAM than a regular mainstream computer.

In the real world, heavy workloads such as CPU arithmetic loads, video editing, server hosting, and a lot of other tasks can’t be controlled with a regular, mainstream computer, hence why workstations were invented.

In this article, we are going to discuss some of the best workstations of all times. So read on! 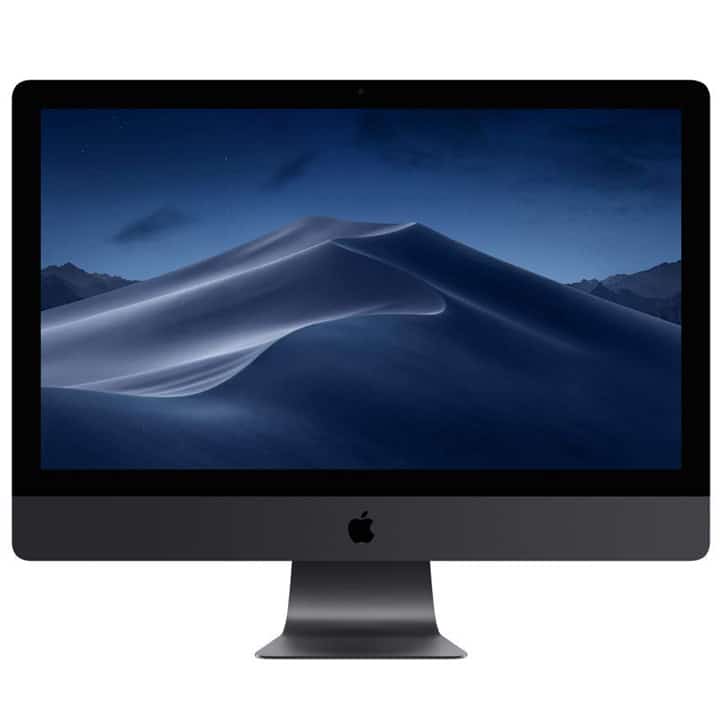 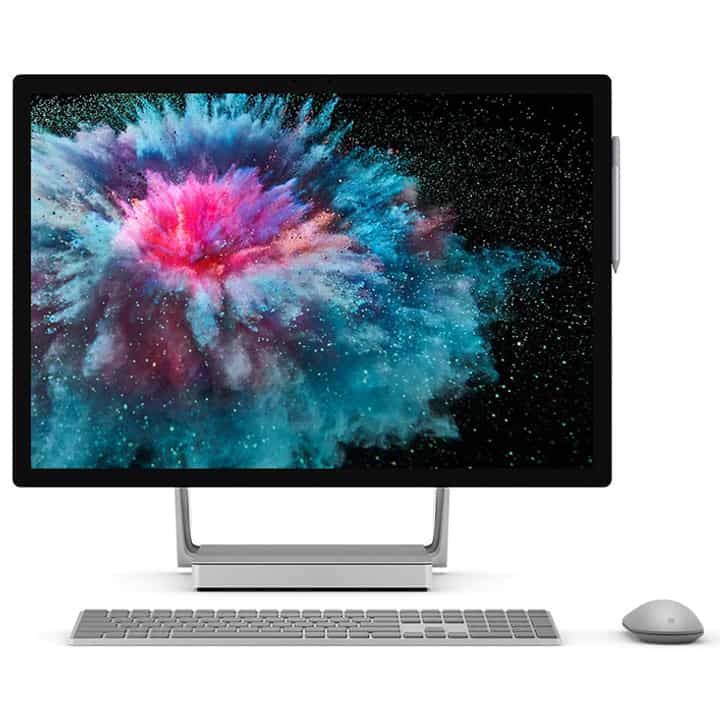 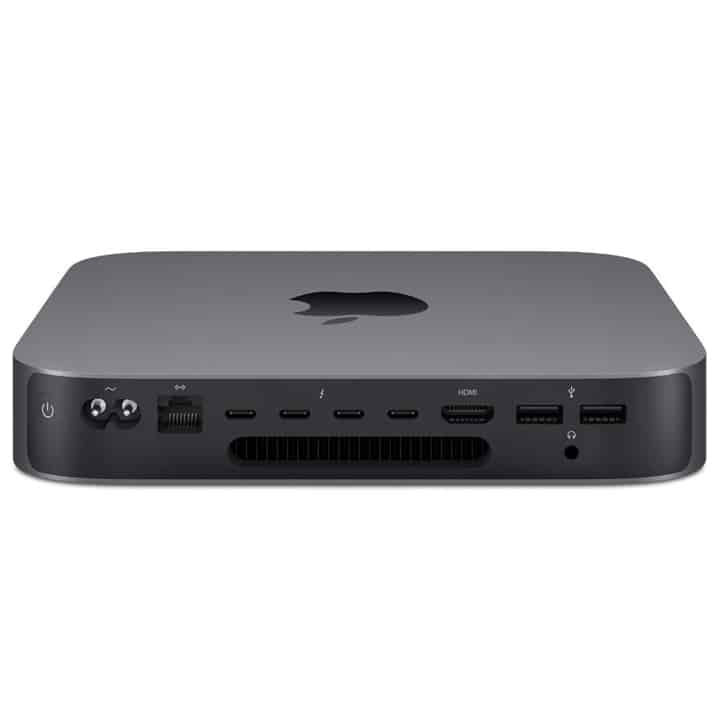 HP does not need an introduction; it is one of the elite computer companies. The HP Z8 G4 is the company’s latest flagship workstation that is designed for extreme (by extreme we really mean “EXTREMELY EXTREME”) workloads. No doubt this is the most powerful workstation computer of all time thanks to its many features.

It uses the latest LGA-3467 socket for its processors; there are two of these sockets on the motherboard. This lets the user install up to two physical processors, where the workstation supports up to the Intel Xeon Platinum 8280, a 28-core processor. So effectively, this machine can host as many as 56 cores and 112 threads. This is more than enough for most of the individual computational workloads.

As far as memory is concerned, the HP Z8 is the world’s first workstation to feature as much as 3TB of DDR4 RAM. The workstation works with ECC memory and has a total of 24 RAM slots. This workstation’s storage capacity is also impressive and the user can install tons of storage devices, leading to a maximum capacity of 48TB.

The graphics capabilities of this workstation are similarly impressive as it can support a maximum of three graphics cards where the maximum supported GPU is the Nvidia Quadro P6000, a 24GB HBM-2 memory based graphics card. This ensures that even the most complicated graphical tasks are done with ease. The power supply on this machine is therefore very powerful and can easily provide power to these power-hog components.

Overall, this workstation is the best work computer you can find no matter what your needs are… Well, unless you need to save money, I guess, since even the cheapest configuration of this workstation costs a lot of money. As such, we can only really recommend it if you have extreme needs, like server hosting.

Apple is a unique company that provides its own range of powerful products. Apple’s iMac Pro is the company’s flagship product as of now and it comes in an all-in-one form factor.

This product is mind-blowing in terms of looks; in fact, it’s impressive that they managed to integrate such high-end specifications in such a slim computer. The iMac Pro has a 27-inch display, having a resolution of 5120 x 2880, which is more than enough for any kind of graphical use. The color space on this screen is also very impressive and it fully supports the DCI-P3 color space.

The motherboard on this computer supports the LGA-2066 socket. You can install any of the Intel Xeon series processors from the 8-core processor to the 18-core version. The RAM capacity of this machine is also much higher than most of the mainstream Windows-based workstation computers at 256GB.

There are three choices for the graphics cards: the AMD Radeon Vega 56, Vega 64, or Vega 64X in this computer. The maximum storage capacity of iMac Pro is limited at 4TB, which is a bit lower than we’d like to see, honestly, considering what this machine is supposed to be used for. Assuming you are using this for some heavy duty work, then you might need something like their AirPort Time Capsule.

The Microsoft Surface Studio 2 was recently released and it has overcome most of the issues of the first Surface Studio (to a degree, at least). This time, Microsoft has used a better processor in this all-in-one computer and it can boast up to 32GB of DDR4 RAM.

The screen is quite similar to the Apple iMac Pro, although it is a touch-screen and is an inch bigger. It does utilize a strange aspect ratio-- 3:2-- which leads to a resolution of 4500 x 3000. It supports the DCI-P3 color space as well.

The processor used in the Surface Studio 2 is an Intel Core i7-7820HQ, which is a quad-core processor. This is certainly an improvement over the dual-core processor used in the previous model but still, it is much slower than similarly priced all-in-one computers. There are two graphics card variants in the Microsoft Surface Studio 2: the Nvidia GTX 1060 and GTX 1070. Both of these graphics cards are enough for most of the nominal graphical workloads these days.

Ultimately, while the Surface Studio 2 has taken a step forward, it still suffers from the same problems of the previous model. You can get more power building your own PC-- and at a much lower price point-- so the main plus is the admittedly great touch screen display.

The Apple Mac Mini was released back in 2018 and its small form-factor provides a great advantage to users who prefer portability and elegance.

Both of the models provide 8GB of RAM and Intel UHD Graphics. The integrated graphics should be fine, as not a lot of people require high-end graphics when it comes to Macs. However, the RAM support is really disappointing and Apple should have provided at least 16GB of RAM.

The Best Work Computer With A Tiny Size

The Lenovo ThinkStation P320 Tiny is a great small workstation that hosts 7th generation Intel processors. The small design lets you carry this PC easily and its performance is better than many pre-built PCs.

It can host a maximum of 32GB DDR4 memory, which is enough for most regular workloads and the included Nvidia Quadro P600 2GB is quite better than the Intel integrated graphics. It uses NVMe based SSDs, with a maximum capacity of 2TB, which is honestly pretty nice.

We believe that if you want a Windows-based PC with a small form-factor, then this computer will prove to be one of the best business computers out there.

A workstation costs a lot of money and one should properly do research before considering a workstation, especially a high-end one. Therefore, we have written a guide for people who are interested, but ultimately on the fence, or who just don’t feel knowledgeable enough to make that decision by themself.

First of all, you need to decide whether you want an all-in-one computer or a desktop computer. An all-in-one computer is just that: one package that has all of the computer components that constitute a computer. Some of these have all of the components actually built into the computer monitor, like the Apple iMac Pro or the Microsoft Surface Studio 2. However, not all do, as evidenced by the Apple Mac Mini and the Lenovo ThinkStation.

Desktop computers also have everything you need, but they require a connection with an external screen so that you can actually see things and house the components in a more traditional tower design, like the HP Z8 G4. Both approaches have their own pros and cons.

Ultimately, this upgradeability can be a huge hanging point against all-in-ones. If you ever need more RAM, storage, or a better CPU, then you are just out of luck; naturally, this isn’t going to be a huge deal in every field.

Be realistic with yourself, though: if you aren’t ever going to open your desktop up to actually swap out a part, then the only reason upgradeability should be a concern for you when it comes to potentially repairing the machine. For instance, very few people can even repair Apple products because they don’t officially support it so simple fixes can cost a lot while desktops are extremely easier to fix.

Remember, all of the desktops, and some of the All-in-One’s, need a monitor to go along with them. Unless otherwise noted, all of them will need a keyboard and mouse as well.

While processors are always important, they are by far the most component of a workstation. While gaming depends heavily on the GPU as well as the CPU, most work station tasks really fall back onto the CPU almost exclusively.

Moreover, the Xeon processors support some other features as well, such as support for ECC (Error-Correcting Code) RAM and scalability, i.e. multiple processor support.

Therefore, if you want to do heavy computations, then we recommend a workstation with an Intel Xeon processor. However, if you want a basic computer for your office and you aren’t doing extremely demanding things with it, then you would be better off buying a Core i-series based computer.

The RAM acts as a medium between the storage and the processor. A higher RAM capacity will enable you to run multiple programs with ease. A 16-GB RAM is considered enough for regular workloads (or gaming for that matter). If you are doing image processing or video editing (or any number of other demanding tasks), then you will be better off with at least 32GB or even 64GB memory. Some extreme workloads, like server hosting, might require hundreds of GBs of RAM, which is usually available only in high-end workstations.

Storage capacity is honestly pretty straightforward. If you work with documents or regular web browsing, then 1TB of storage capacity will be more than enough. For serious workloads, that use up a lot of data (like video) we recommend at least 2TB to 4TB of storage… if not more.

Here on our site we mostly cover gaming, so we spend a lot of time talking about powerful GPUs; however, most non-gaming users do not require high-end graphical processing units.

Of course, that is not to say there aren’t situations where a powerful a GPU is a must-buy component. GPUs are actually much better at parallel than CPUs which are better at linear processing.

There are two major companies: Nvidia and AMD. The mainstream graphics cards from the Nvidia go by the name of Nvidia GeForce while the AMD ones are known as AMD Radeon.

The workstation-level series of Nvidia is known as the Quadro series and AMD’s is the Radeon Pro series. However, we only recommend these for the niche situations where you use specific software which takes advantage of such graphics cards.

If you want to do graphical computations with a high-end graphics card, then we recommend a workstation or PC with at least a 500-Watt Power Supply. It is hard to generalize here, though, since workstations can vary so drastically in terms of power usage. (Did you perhaps notice that the HP Z8 G4 supports up to 1700W PSUs?)

All of this being said, you probably won’t need to really concern yourself with this too much since most of these workstations don’t let you choose what type of PSU you want. You’d only need to get a new PSU if you bought one of the desktops and choose to upgrade its GPU.