We’ve picked five contenders for best Z390 motherboard, but which is right for you?

If you’ve got a 8th or 9th gen Intel -K series CPU and are looking to push it to its max with some overclocking, then you might be in the market for an Intel Z390 motherboard. If all of that just sounds like a word salad, don’t worry: we have you covered.

In this article, we’re going to go over our top 5 picks for an Intel Z390 motherboard in 2019. Whether you’re on a tight budget or you want every extra feature imaginable, don’t worry: we have you covered. We also have dedicated picks for top Micro ATX and Mini ITX options, too, which is sure to make those SFF PC builders among you happy.

With no further ado…let’s hop right into it. 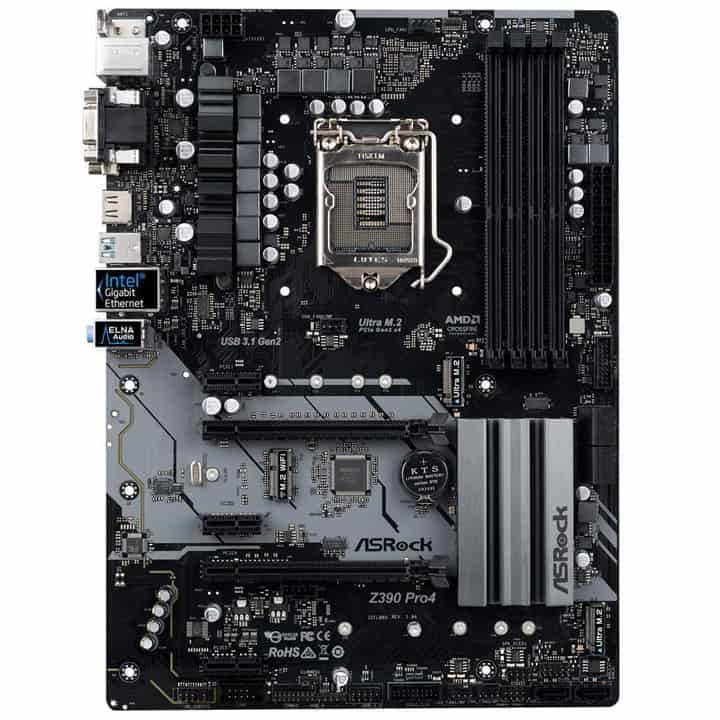 best for the money 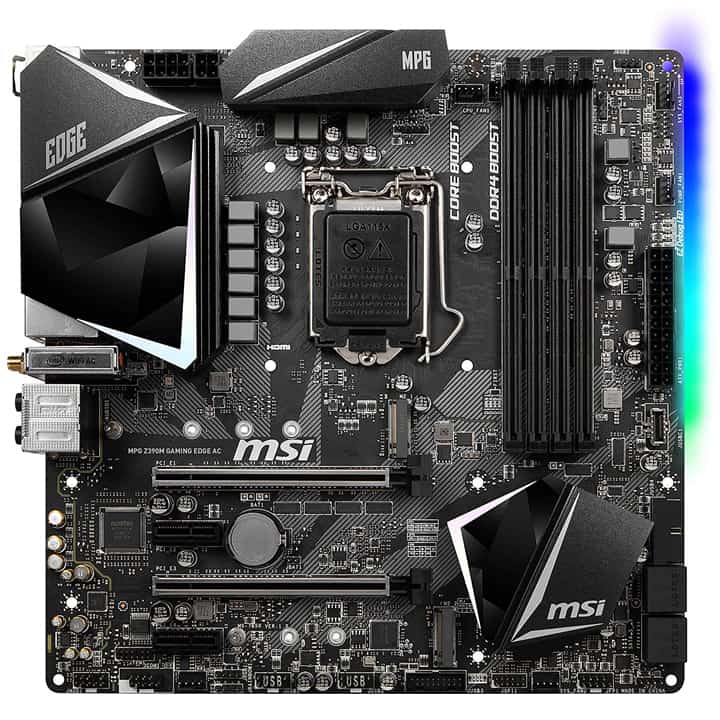 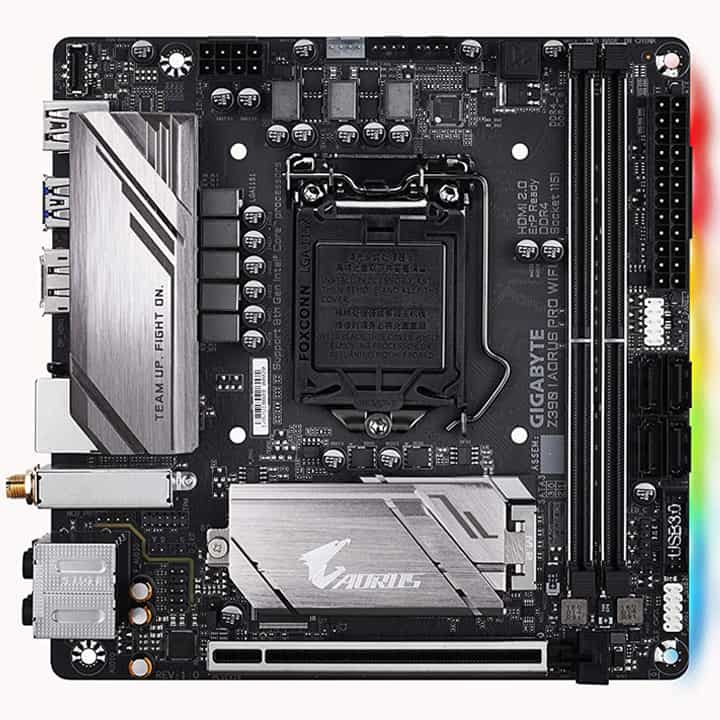 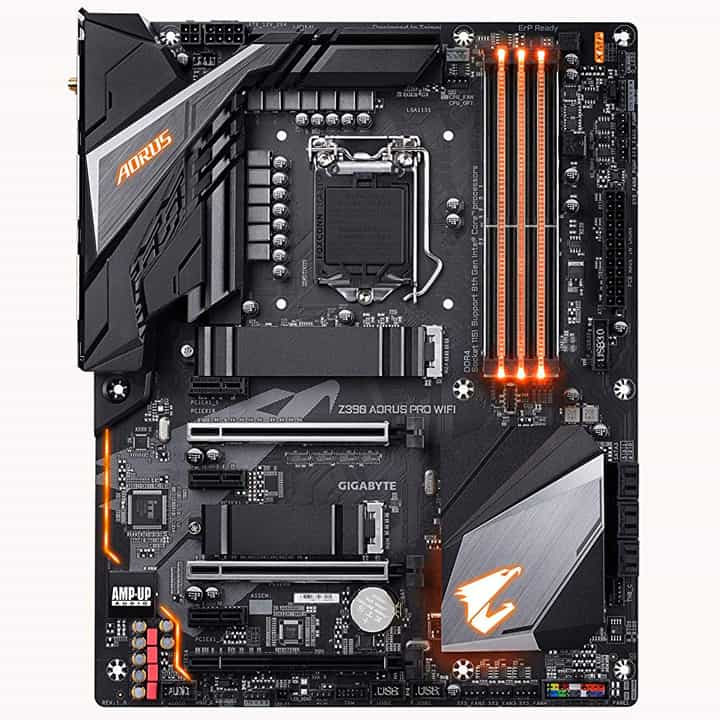 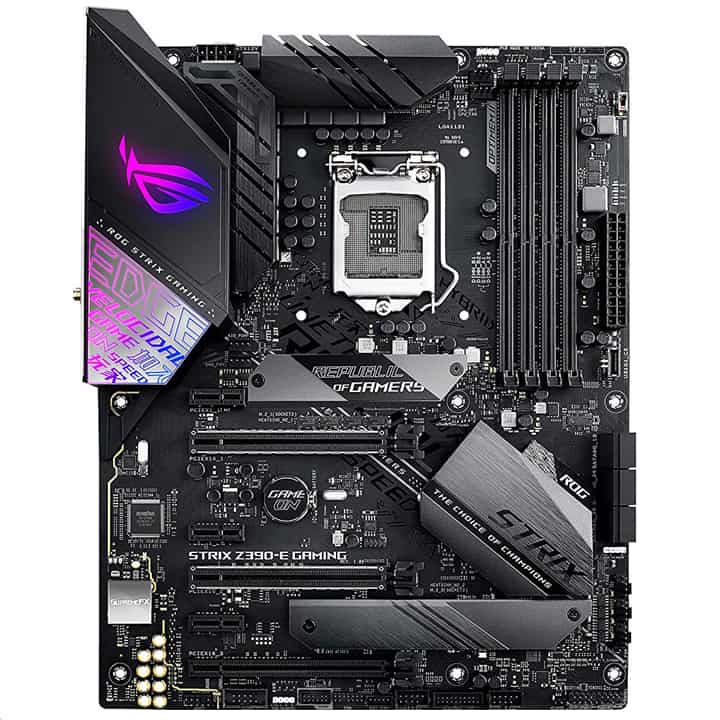 ASRock gives us the best Z390 motherboard for the money

In addition to the core motherboard features you may expect, you also have Dual NVMe M.2 slots, dedicated USB 3.1 Gen2 support (including a Type-C connector), and CrossFire support. If you’re budget-minded and plan on running your AMD GPUs in CrossFire, rejoice: this motherboard can handle two cards running together, even if they’re dual-GPU!

For a Z390 board, though… this is still pretty darn barebones. If you want things like Wi-Fi or Bluetooth, you’re going to need to add them yourself. The mostly-neutral color palette should lend itself well to any RGB peripherals or fans you may add to your build in the future, but the board itself doesn’t have any lighting to speak of.

If you’re on Intel, this is the best micro ATX motherboard.

You have dual M.2 slots, dual PCI Express x16 slots, full overclocking support, and 4 RAM slots. Despite the cut-down in size, you haven’t lost any meaningful functionality: if anything, you’ve only gained more of it!

Built into this motherboard are Wi-Fi and Bluetooth features. Using the included antennas, you can wirelessly connect Bluetooth peripherals and join wireless networks without needing to purchase or carry extra peripherals. This is particularly useful for those who are on the move frequently or can’t connect directly to their router-- college students, for instance.

Aesthetically, you have the additional benefit of RGB lighting. There are a few RGB lighting headers on this board that can be used with lighting controllers, and a dedicated rear glow RGB light to help fill your chassis with the colors of your choice. With the addition of Mystic Light software, you can synchronize your RGB setup completely across all supported peripherals and components!

MSI’s Z390M Gaming Edge AC is the best choice if you’re building a Micro ATX Intel board, no question.

This shrunken-down AORUS is the best ITX Z390 motherboard

The Gigabyte Z390-I AORUS Pro is an ITX version of the Z390 AORUS Pro that we’ll be discussing below. It also happens to be our pick for best ITX Z390 motherboard, since every square inch of it is jam-packed with features for the perfect ITX build.

Truthfully, we can’t really knock this board for anything that it can help. Its limitations are inherent to the ITX form factor-- only one PCI Express slot, only two RAM slots, etc. Since most people are only using single-GPU setups, however, even that single PCI Express slot downside isn’t really a downside.

Despite the physical space limitations, they also managed to cram dual NVMe SSD slots into this motherboard (one on the back), rear-glow RGB lighting, and even built-in Wi-Fi and Bluetooth. This an unquestionably high-quality, fully-featured Intel Z390 motherboard in the smallest form factor possible, and we can’t really complain about that.

Its overclocking headroom should be decent, too, but don’t expect it to match the overclocking prowess of its ATX big brother. This is mainly for SFF PC builders who want modest overclocks, not necessarily hardcore overclocking enthusiasts.

The AORUS PRO is the best Z390 motherboard for overclocking

If you want to overclock it, this is the best motherboard for the i9-9900K. What makes the Z390 AORUS Pro stand out in this regard is its stellar VRMs, which allow it to push higher overclocks than just about any other Z390 motherboard on the market. This makes it a great companion to the i9-9900K, specifically those who intend to overclock it past its already-stellar base and boost clocks.

Aside from CPU overclocking, the rest of your high-end Z390 board features are intact here. Dual NVMe M.2 slots, RAM overclocking, built-in Wireless tech, and a very thorough RGB implementation. All of the glowing orange lights in the product images are actually fully-controllable RGB lights, and they’re even on the RAM slots! That, plus the onboard lighting controller connectors, make this a great companion for an RGB-centric build.

The only real issues with this board are its high price, and occasional in-OS software issues. (Its BIOS is much better for controlling lighting and other advanced features. There’s nothing outright broken about the software, though!)

If you aren’t an overclocking enthusiast, the ROG Strix Z390-E is the best motherboard for gaming.

To elaborate on that a little bit, you can absolutely overclock with this board. In fact, ASUS’s best-in-industry BIOS will make overclocking your CPU and your RAM easier than with pretty much any other motherboard on the market. The issue is that the VRMs here don’t quite have the capacity to push, say, an i9-9900K to its maximum overclocking capability. Anything cheaper should have much more OC headroom, though.

So, the overclocking headroom with the 9900K is a bit worse and the price is a bit higher than other top-of-the-line options. Are there any other downsides to this board?

Not really. Everything is here. You have a strong RGB implementation, a ton of lighting and fan headers, Wi-Fi, Bluetooth… we’re hard-pressed to complain about anything here. If you don’t plan on spending days finding the perfect CPU overclock and just want the simplest, best out of box gaming experience the ROG Strix Z390-E is the right motherboard for you.

While it’s true that a few higher-end Z390 motherboards exist, we don’t really recommend them. Their pricing starts meeting and exceeding that of the i9-9900K without offering any meaningful benefits over the boards on this list. If you want bragging rights, we guess you can get something like the ROG Maximus XI Code, but you don’t really need to (then again I guess bragging rights aren’t usually about frugal practicality…).

Buying The Best Z390 Motherboard For You

In this section, we’re going to discuss what sets Z390 motherboards apart, and how you can choose the right one for you.

What sets Intel Z390 apart from other Intel chipsets?

First and foremost, let’s talk about the chipset that all these motherboards have in common: Z390. Intel Z390 is an updated version of Z370, and for the most part… that’s just about all it is. You won’t see many meaningful differences since the two chipsets are now mostly-identical in terms of pricing. Z390 is just better at supporting newer technology, like NVMe SSDs and USB 3.1 Gen2 (which is now infuriatingly called 3.2 Gen2).

In essence, Z390 is the chipset for those who intend to overclock their CPUs and want the most high-end features built-in.

Why does form factor matter?

Here are the three main sizes to worry about:

When it comes to storage, SATA and M.2 are two terms you’ll see pop up very frequently.

SATA refers to Serial ATA, the standard storage connection for the past two decades, pretty much. Revisions overtime have resulted in speed boosts of up to six gigabits a second, though this applies to simultaneous read and writes. You couldn’t get a hard drive with this read speed on SATA, because it would also need bandwidth for writes as well.

Mechanical hard drives, or HDDs, fall well under the maximum speeds of the SATA standard. If you don’t really care about storage speed and just want sheer capacity, then a high number of SATA ports should be your priority. Many SSDs can be used with SATA, too, but you won’t achieve the highest possible speeds the technology allows in this way; it’ll top out at the roughly 550 MB threshold for SATA.

In order to use the fastest SSDs on the market, you need to use PCI Express bandwidth. To do this, you need to use an M.2 form factor SSD, which is comparable to a wafer-thin USB drive in size. This M.2 SSD needs to support NVMe as well, or else you’ll be restricted to SATA speeds and bandwidth– fortunately, every motherboard listed in this article supports the faster standard. These SSDs can easily top 3000 MB read/writes.

We highly recommend investing in the best M.2 NVMe SSD you can afford to install your operating system and main applications on, and expanding later storage with SATA SSDS or HDDs.

RAM slots in a motherboard start as low as 2 and can go as high as 8. The motherboards in this roundup max out at 4, and the number of RAM slots corresponds to the RAM configurations that you’re able to run.

Even with an ITX board, you’ll be able to do a Dual-Channel configuration, which is all you really need.

Fortunately, the only reason you really need PCI Express slots nowadays is for a graphics card. Unless you already have another PCI Express expansion in mind– perhaps the addition of extra USB ports, for instance– you don’t really need to worry about this.

Multi-GPU setups have increasingly fallen out of developer support as well, though you’ll definitely want an ATX board if you still want to do that somewhere down the line.

Last but not least, let’s talk about extras that you may notice in your motherboard.

RGB lights are common in high-end motherboards, and even mid-range boards will have connectors and software for controlling RGB RAM, fans, and other components. The presence of RGB lighting is ultimately a cosmetic flair, and up to user preference. If you want to save some cash, opting for an RGB-less motherboard is a great place to start.

Wi-Fi and Bluetooth have become more common, especially in Mini ITX and Micro ATX motherboards. This is because these form factors have fewer PCI Express slots available, and things like Wi-Fi are common user needs. If you live in a dorm or another area where you can’t feasibly run an ethernet cable, built-in Wi-Fi can go a long way toward improving your PC usage experience.

Other extras tend to be more software-centric, like LAN, storage, or driver software. These are ultimately minor in the grand scheme of things, though, and shouldn’t influence your final buying decision very much.