What is the best RX 5700 XT available right now?

If you’re searching for the best AMD Radeon RX 5700 XT available on the market, congratulations: you’ve come to the right place. In this article, we’ll be providing a roundup of our top 5 RX 5700 XT choices, as well as a detailed buying guide afterward.

Our buying guide will help you choose which 5700 XT is right for you, as well as provide general information about how these cards will perform and how they compare to their closest competition: Nvidia’s RTX 2070 Super.

Now, without any more fanfare, let’s hop into it. 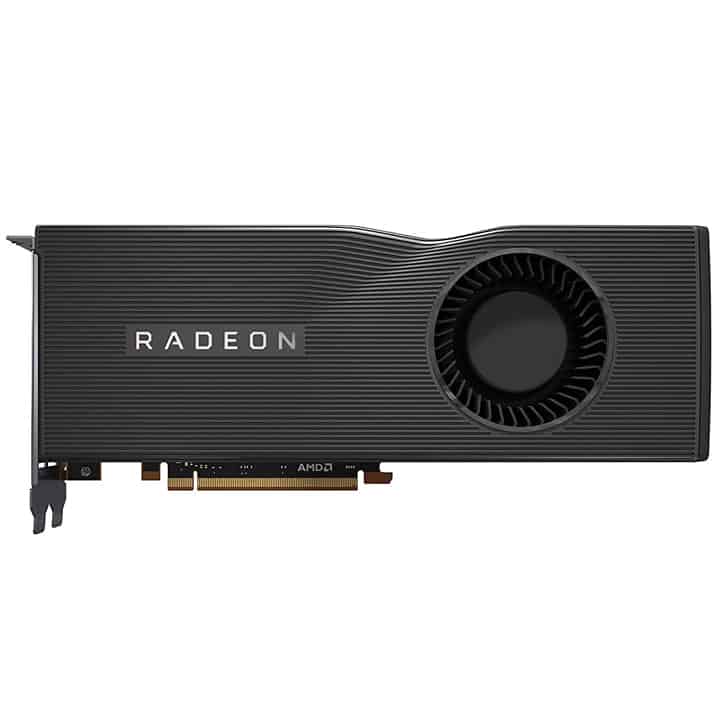 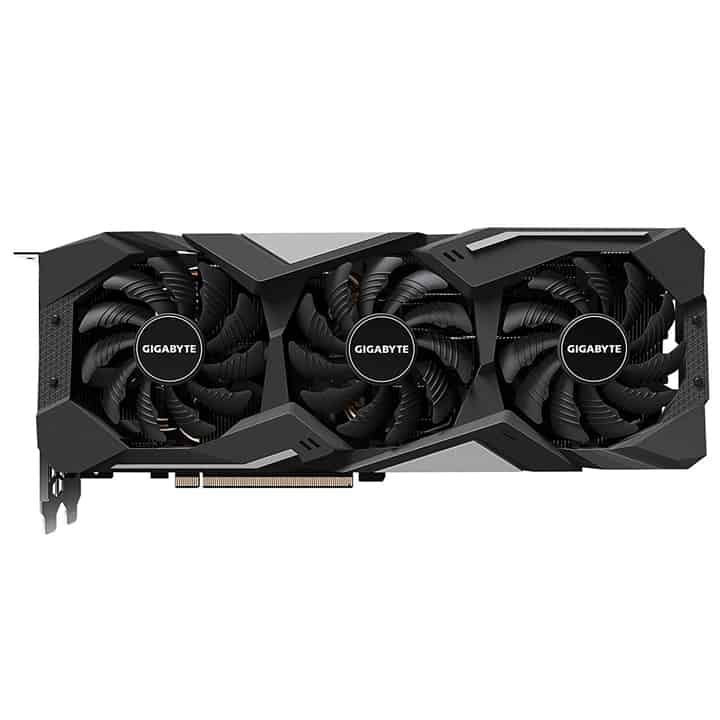 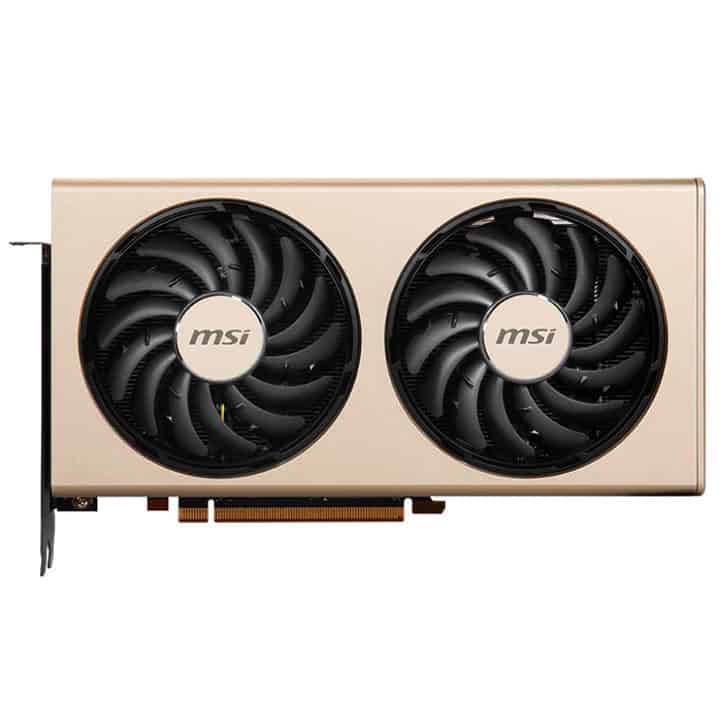 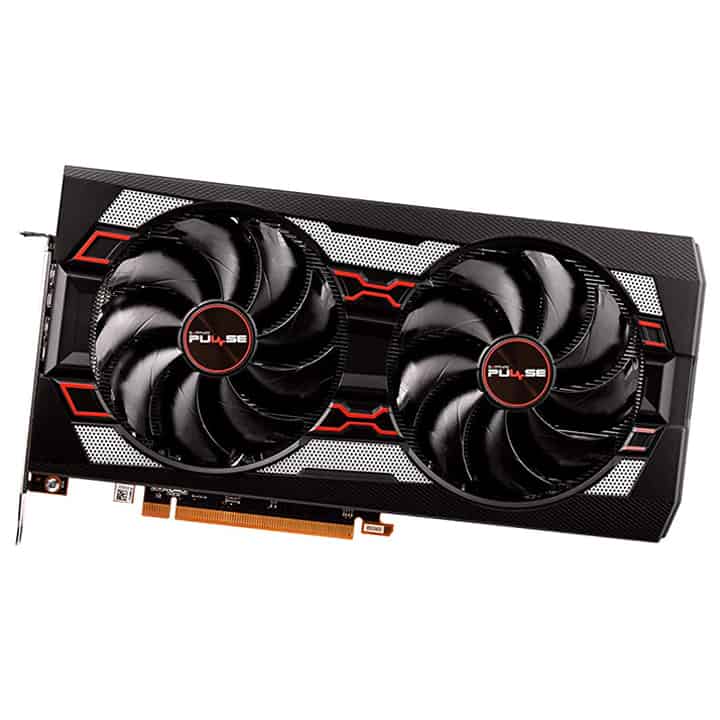 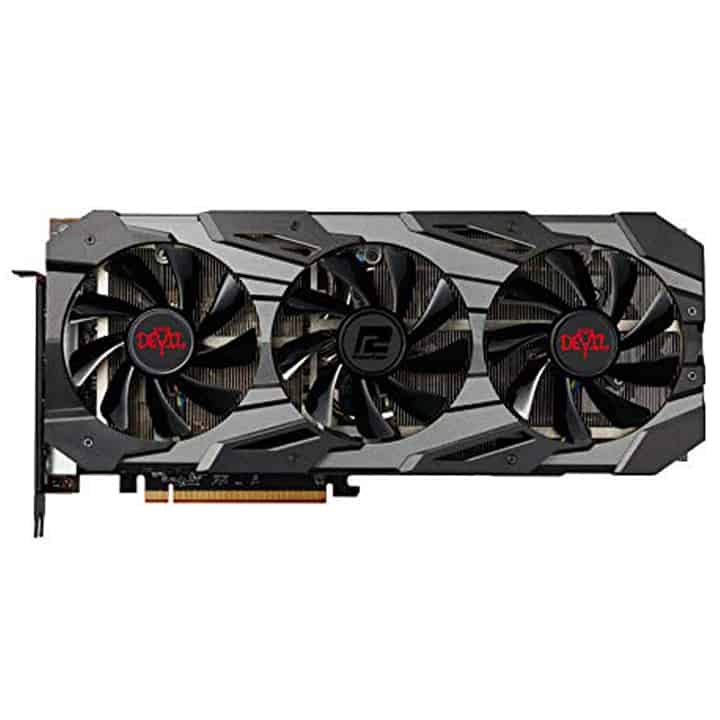 The XFX Radeon RX 5700 XT is the highest-rated and most popular RX 5700 XT using the reference design. This is because of XFX’s stellar build quality and strong factory overclock, despite the blower-style cooler.

We’ll be honest: blower-style coolers are kind of… bad, especially when used in a chassis that already has good airflow. For cases with bad airflow, they do provide better cooling performance, but this benefit doesn’t really apply to most enthusiasts who are buying and installing their own discrete GPUs. However, this doesn’t mean that the reference design is useless.

For one, reference cards will be cheaper and have better availability than partner designs. Secondly, reference cards are actually an ideal starting point for those who want to buy, say, a GPU waterblock, and make their GPU part of a custom loop liquid cooling system due to the fact that many partner cards may change the layout or length of the card beneath the cooler, which isn’t ideal for waterblocks.

If you want a 5700 XT for as cheap as possible, or you plan to install a waterblock, this is the card for you.

Next up is the Gigabyte Radeon RX 5700 XT Gaming OC, which uses their excellent triple-fan Windforce cooler. This card is priced just above our #1 pick. Despite only a modest price hike, it sees a pretty massive boost in cooling performance, especially in a chassis with good airflow. The factory OC of 1905 MHz here matches our reference design pick, but the improved cooling performance means that this card should have much more user-end overclocking headroom, provided you’re comfortable with overclocking.

There are a few nice extras here, too. There’s RGB on the logo, which can be synced with other RGB components in your system, should you wish. There’s also a nice metal backplate, which helps prevent GPU sag and protect your card from dust.

The only real downside is that this is one of the longer cards on this list, which may make it difficult to fit in ITX builds. It also has a 2.5 slot cooler design, which is still effectively 3 slots.

One of the nicer-looking cards on this list is the MSI Gaming Evoke OC RX 5700 XT. We consider this our balanced pick, since it’s one of the two shortest RX 5700 XT cards currently available… but it doesn’t sacrifice cooling performance or anything else to pull it off. This card actually has the second-best factory overclock of all RX 5700 XT cards available on the market, if only by a thin margin over most others on this list.

The big reason you may want to buy this card is its aesthetic, though. The Evoke OC has a pearly-white, almost light-gold coloring over its face and backplate. This means it matches well with light-colored builds and serves as a great contrast in dark-colored builds. If you like your cards to look a little bit “fashionable”, the Evoke OC may just be the right pick for you.

The only real issue we have with it is the 2.5 slot cooler design, which is still effectively 3 slots. For some reason, manufacturers continue to put out these weird in-between cards that still take up more slots than they should, and we won’t stop being irritated by it until they stop doing it. Use 2 slots or use 3, guys. It’s not that hard.

If you want the smallest RX 5700 XT available, your choices are the Sapphire Radeon Pulse or the Gaming Evoke OC above. If it being low-profile is specifically what you’re looking for, we’d recommend this card. While its length is the same, its cooler design is much closer to being a proper 2-slot than its #3 competition, even if they’re both 3-slot cards in essence.

The cooler design here is solid, and the factory OC here is a respectable, if minor, boost over the reference design at #1. Sapphire’s excellent dual-fan cooler design should provide plenty of overclocking headroom, though!

Last but certainly not least, we have the PowerColor RED DEVIL RX 5700 XT.

This is a behemoth of a card. 3 full slots occupied, 3 fans, 300 mm...this is a card meant for raw thermal performance above all else, and it shows. PowerColor’s RED DEVIL series has always been known for providing the best performance you can get out of an AMD graphics card, and their 5700 XT is no different in this regard. Their factory OC trounces everyone else’s, and that’s before you start doing your own user overclocking.

Unfortunately, it will cost you more than the other cards on this list...and it may well be too large for your PC, especially if you’re using Mini ITX or Micro ATX. Even if it technically fits in an ITX PC build, for instance, it may not have enough clearance for proper airflow. If you get a card like this, make sure it has plenty of room to breathe!

Whether you’ve already been through our 5700 XT options or skipped down here to peruse the buying guide first, we’re here for you. We’re going to answer all the common questions you may have about buying a graphics card like this one, as well as specific questions like the difference between a 5700 XT and a 5700. (Despite the similar names: quite a lot, actually!)

The RX 5700 XT graphics card, alongside its non-XT cousin, is one of the first cards introduced to the market using AMD’s 7nm manufacturing process and Navi architecture. It’s made to provide a cheaper alternative to Nvidia’s high-end RTX series of graphics cards by prioritizing performance-per-dollar and skipping out on features like the AI-powered DLSS or real-time ray-tracing.

The 5700 XT is differentiated from its non-XT variant by a roughly 10% performance difference. This may sound like a small change, but it puts the two cards in entirely different price ranges and performance tiers thanks to diminishing gains in performance once you breach the high-end GPU market.

What are its competitors?

The RX 5700 XT is mainly billed as a far cheaper alternative to Nvidia’s RTX 2070 Super, but also isn’t much more expensive than a 2060 Super. In pure performance, it beats the latter card with ease, and trades blows frequently enough with the former card that it becomes the go-to high-end value pick for this price range… as long as you don’t need ray-tracing.

Thanks to this stellar benchmarking run from TechSpot, we can confidently confirm that the RX 5700 XT is capable of both 1440p gaming at 100+ FPS and 4K gaming at ~60 FPS with minimal if any settings adjustments required in most titles. That makes for a great experience in pretty much any game currently available on the market, and likely many more games to come. We aren’t the only ones who think this, either- the sales figures speak for themselves.

If you’re still playing with a 1080p display, this graphics card might be a little bit overkill for your needs unless you’re also driving 144 Hz or 240 Hz. 1080p gamers would be more reasonably serviced with the RX 580 or GTX 1660, depending on their budget and specific needs.

A higher clock speed will provide higher out-of-box performance, but not by a whole lot. Fundamentally, every RX 5700 XT on the market is using the exact same RX 5700 XT GPU chip with the exact same capabilities.

However, higher factory overclocks can save you, the user, the trouble of dealing with the OC process yourself. Additionally, higher factory OCs also tend to show some confidence on the manufacturer’s part in their cooler design.

Width and length are the fundamental specifications that determine compatibility. Without knowing these specifications and how they relate to your PC build, you won’t be able to confidently upgrade your PC with a new graphics card- so listen up!

Width is measured in PCI Express slots. Most GPUs on the market use 2 slots, but others may use “2.5” or “3.5” slots. Since there are no .5 slot expansion cards available on the market, we’ve opted to round up our numbers here. So any 2.5 slot card is going to be referred to as a 3 slot card in our RX 5700 XT review, since that’s the real number of available slots that you’ll need for installation.

Length is measured in millimeters. One inch is equivalent to roughly 25 millimeters. Standard full-size GPU length is roughly ~250 mm, or 10 inches, but many cards may exceed this length, especially the ones with beefy cooler designs. Be sure to check the card’s length spec against the available space inside your chassis, either by measuring it yourself or consulting your PC case specs online.

The ports on your graphics card, and what they’re for

Finally, let’s discuss the ports on the back of your graphics card. If you aren’t familiar with current PC display technology and standards, these are the ports you can expect to see and what they’re for:

DVI, VGA, and other standards – Pretty much all obsolete, and if you’re buying this card for a monitor that only supports these… that’s a little bit questionable. Regardless, you can still get a DisplayPort to DVI adapter off Amazon if you really need one.