Finding the best RTX 2080 Super on the market

If you want to snag the best RTX 2080 Super, congratulations: you’re in the right place. We’ve gathered our four top picks, each of which we’ve covered below with a brief RTX 2080 Super review. After that review, we’ve also included a buying guide, which covers all the information you need to know.

(Author’s Note: Currently, many Amazon reviews are low due to price gouging from third-party sellers. This issue has lightened up over time, but for your reference, the RTX 2080 Super MSRP is $699.99) 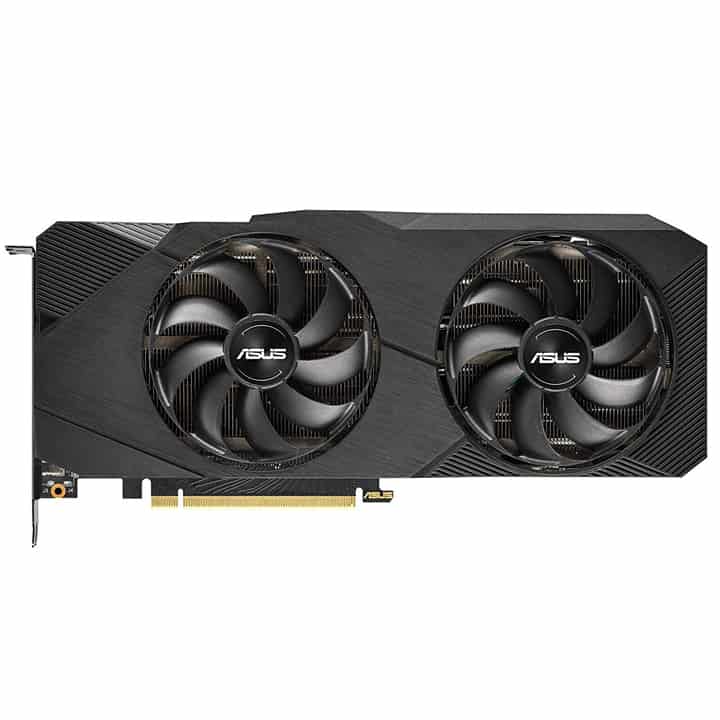 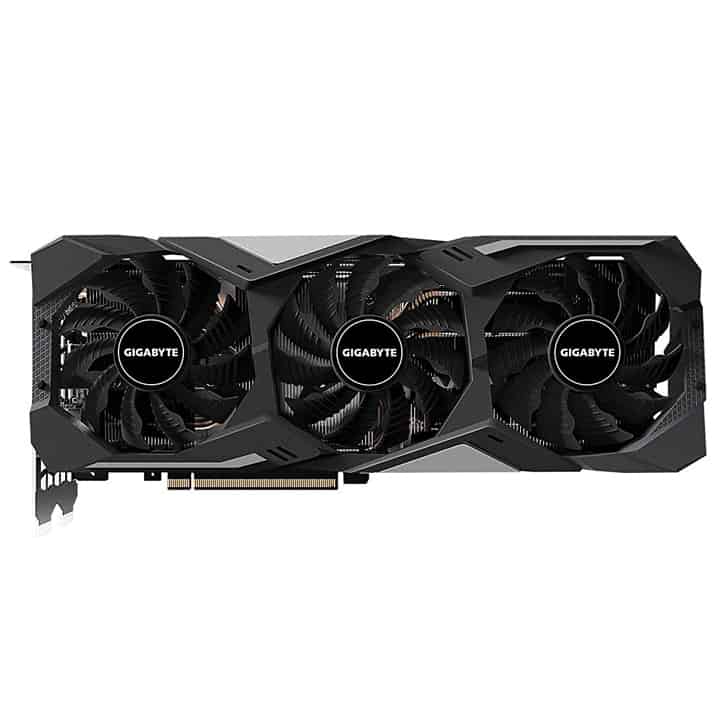 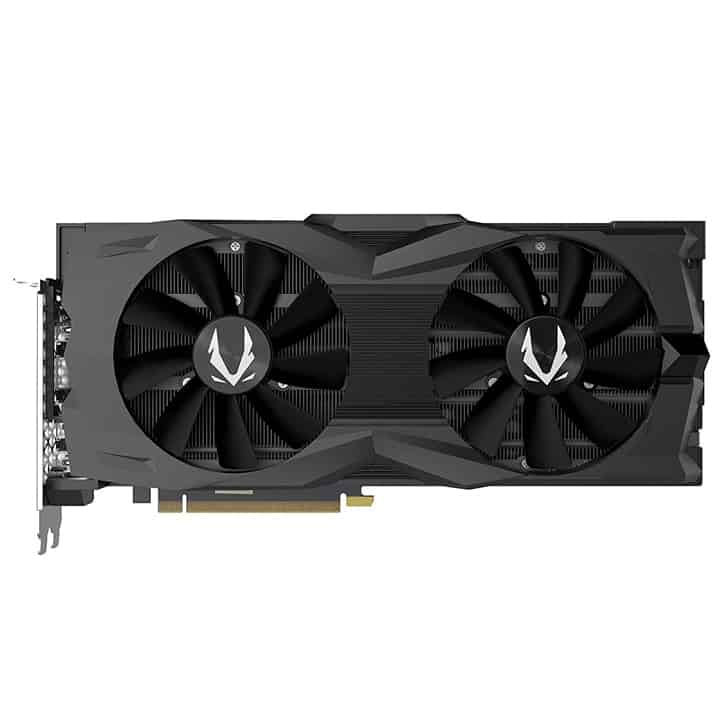 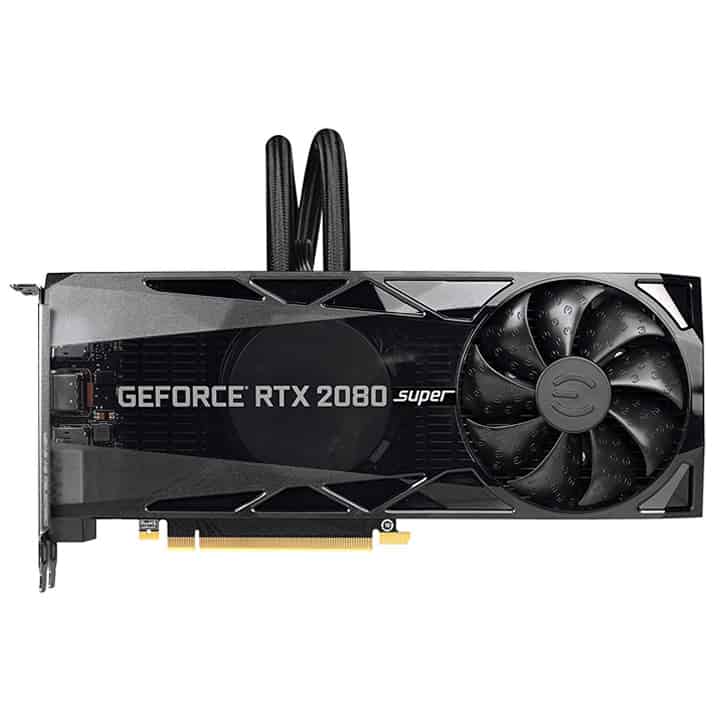 The card with the cheapest RTX 2080 Super price

The ASUS Dual-Fan EVO RTX 2080 Super is the cheapest 2080 Super currently available, but make no mistake: this card is no slouch. This is a thick 3-slot card with a ton of cooling power and a hefty factory overclock of 1860 MHz-- around the level of, if not better than, its more expensive competition. Its length is also relatively reined in, coming in at only 267 mm- which is great for a graphics card in this price range.

The only real downside is that the triple-slot design makes it unsuitable for ITX builds, especially those that don’t have much extra room past the bottom of the motherboard.

Additionally, the absence of a USB-C connector is a problem for VR gamers, and a curious omission at this price point. As long as you aren’t playing VR, though, that downside is a minor one. (And even if you are- it just means you’ll need extra cables, which isn’t that big a deal.)

This is our balanced pick. It’s one of the few 2-slot RTX 2080 Supers available on the market, but it still has impressive cooling power thanks to its 287 mm length and triple-fan cooler design. The factory overclock is strong, and the dual-slot design means it should be compatible with most cases, even ITX cases with room for full-length GPUs. (Some ITX cases will still not provide the 287 mm of clearance required, though, so make sure you double-check!)

Another good upside to this card is the included USB-C port for VR headsets. That’s sure to make VR gamers happy, especially those using the new Vive, Rift, and Index VR headsets. It may be minor, but that convenience is a big deal if your main flame is VR gaming.

This card put all of its points into cooling, and that shows with its long heatsink design. Coming in at just under 300 mm, this dual-slot graphics card is dense with a heatsink and two large cooling fans on its body. We’re pretty sure that this is the best air-cooled RTX 2080 Super, though that does come with a few trade-offs of its own.

First up, no USB-C. That’s a penalty for VR gamers.

Secondly, while the size does allow for better cooling its sheer length will make it a difficult fit in many smaller cases. Mini ITX and Micro ATX users take note, and double-check before you grab this card! This is a long’un.

As long as those penalties don’t matter to you, though, this is a stellar pick and easily one of the best RTX 2080 Supers on the market.

Last but certainly not least is the EVGA Hybrid XC RTX 2080 Super.

That “Hybrid” in the name means something, by the way. It refers to this card’s cooling: it’s a hybrid between liquid and air cooling, and comes with an attached 120 mm radiator for the liquid cooling component. This dual-slot card is technically one of the shortest on this list, but if you don’t have room to mount that radiator in your chassis, then that may not end up mattering. Make sure you have a free fan slot!

As long as you do have a chassis that can hold this card and its included liquid cooler, though...wow. Just wow. It’s not that much more than the base RTX 2080 Super MSRP, but it comes with a cooling solution that should allow overclocking beyond anything the other cards could dream of, as well as cooler temperatures.

The RGB here is a bit lackluster, but aside from that, all the EVGA extras are here. There’s even a USB-C port, for those of you who are worried about that!

Now, let’s dive into all you need to know to make an educated buying decision. First and foremost- how does the 2080 Super compare to the original 2080?

How does this compare to the RTX 2080? Can I buy that instead?

Like with the 2070 Super, the RTX 2080 Super is only a marginal improvement over the original RTX 2080. This card is built to be 10% faster than the original 2080, according to Nvidia, and in-game benchmarks across the board seem to reflect that, especially at higher resolutions like 1440p and 4K. Where the differences will be harder to distinguish is with 1080p gaming, since you’re more likely to run into CPU bottlenecks at this point than anything else.

The RTX 2080 Super is launching at the same price as the original RTX 2080, and is actually replacing it in circulation. This means that after some time has passed, the RTX 2080 will no longer be available at all, and your only choice will be to buy an RTX 2080 Super. This is a refresh, not a generational leap.

If you can find an original RTX 2080 available for much cheaper, then that could be a worthwhile buy. These opportunities will only exist for a few months after the launch of the Super series, though– if you’re reading this article 3 months or more out from the original July 2019 launch, chances are high that the 2080 is completely out of stock and the 2080 Super is all that’s left in circulation.

How do these cards perform?

According to the Digital Foundry reviews and benchmarks, the RTX 2080 Super is built for playing all but the most extremely demanding/unoptimized titles at 1440p max settings and 100+ FPS. With ray-tracing enabled with these settings, 60+ FPS is possible.

In 4K gaming at max settings without ray-tracing, the RTX 2080 Super generally averages well above 60 FPS in most titles, but a few (like the notoriously unoptimized AC:Odyssey) can still bring it below 60 FPS at native 4K.

Ultimately, the RTX 2080 Super is one of the best cards on the market for 1440p and 4K gaming alike. VR and 1080p gaming are both a breeze, as well. If you encounter any issues playing at 1440p or 4K, turn off ray-tracing or other extraneous settings before reducing resolution and even then, reduce resolution scale first.

Sometimes even a 10% or 20% reduction in resolution scale at 4K can provide massively better performance without an actual noticeable drop in visual quality, especially when playing on a monitor.

All of the cards listed above ship with a factory overclock, but this generally won’t impact your performance numbers by a significant margin. Manual overclocking can eke out maybe an extra 10 to 15 FPS, but don’t count on pushing the cards much farther than that. The main purpose of a factory OC is to save you the trouble of overclocking yourself, and these factory OCs are generally incredibly safe and under the card’s full capabilities.

Length and width and compatibility

Length and width are the physical dimensions of your card, and they will determine whether or not any of these beastly 2080 Supers will actually fit inside your PC.

Width is measured in PCI Express slots and is generally the less-important metric of the two. Unless you’re using additional expansion cards or building an ITX rig that doesn’t have extra breathing room beneath the motherboard, a 3-slot card shouldn’t be a problem for most systems. You may actually encounter issues with length, though…

Length is measured in millimeters, and since we’re on the higher-end here, a lot of these cards will be fairly long, especially if you’re used to budget GPUs. Be sure to check your case specifications or measure the inside of it yourself before investing in one of these graphics cards– you wouldn’t want it to arrive, only to find that you can’t possibly fit it inside of your PC.

Last but not least, let’s talk your display ports and DisplayPorts.

DisplayPort is the dominant PC/monitor standard, and will be the most present on your card. There will be at least three on every RTX 2080 Super model.

HDMI is secondary, with usually only 1 for connecting to TVs or other displays without DisplayPort support. This can come at the cost of features like higher refresh rates and G-Sync, though, so we recommend sticking to DisplayPort when possible.

Finally, there’s a dang USB port on some of these. Specifically, a USB-C port with the VirtualLink standard. It’s for connecting VR headsets with a single cable, as opposed to three or four. This is a great utility for VR gamers, but an afterthought to everyone else.

GeoCities - What is It and What Happened to It?