If you want in on the cheapest RTX graphics card for your Intel- or AMD-powered rig, you want to get the best RTX 2060. Of Nvidia’s new ray-tracing enabled GPUs, the 2060 offers the lowest barrier of entry to these new technologies.

Even if it didn’t, though, it’s a very solid performer that trades blows with the last-gen GTX 1070 and 1070 Ti, which isn’t bad, especially if paired with AMD and Intel’s 2019 flagship CPUs. If you’re willing to pay the RTX 2060 price, you’ll be able to enjoy 1440p gaming and better at high-to-max settings and 60 FPS with little issue.

Consoles can’t compete. If you’re able to afford it, the RTX 2060 may be providing exactly the graphical mmph you’re looking for to power your gaming PC for the next five or so years. Or you could just get the Super version if you want a little more than that. 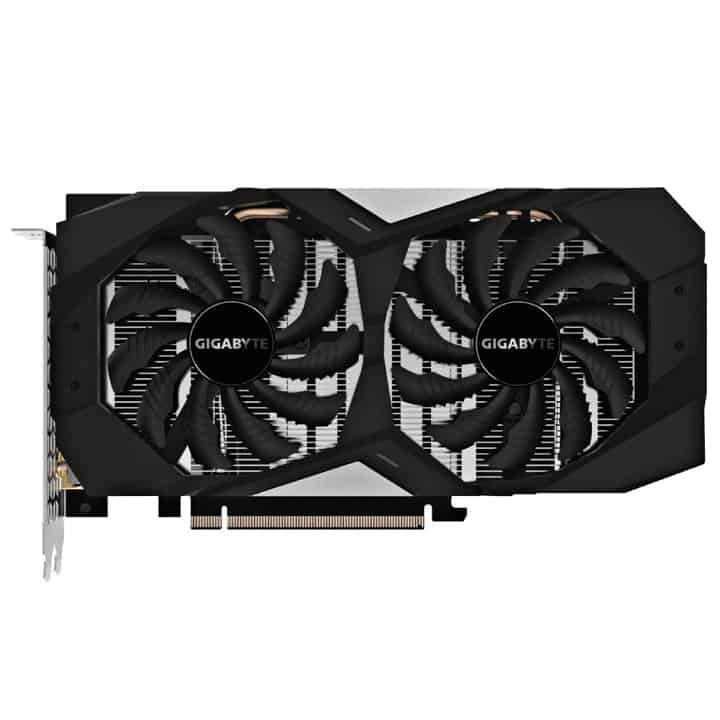 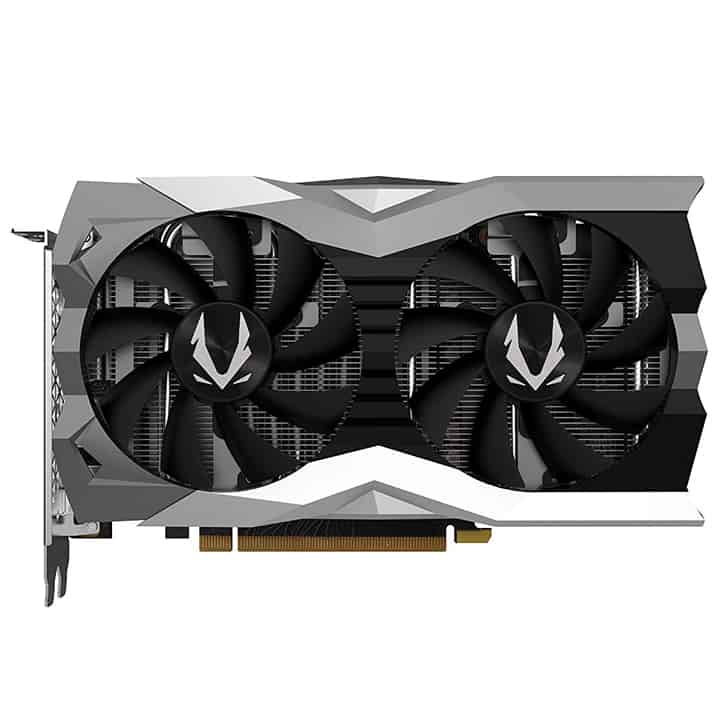 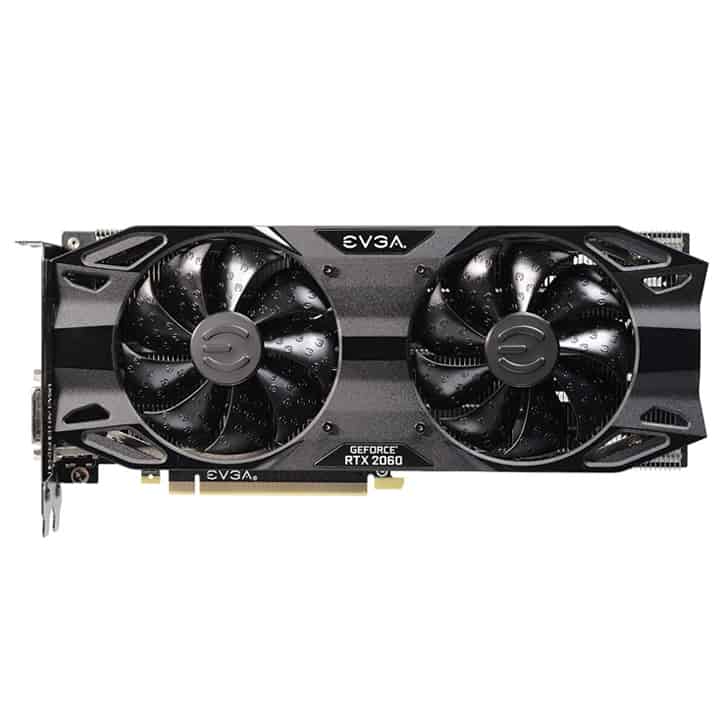 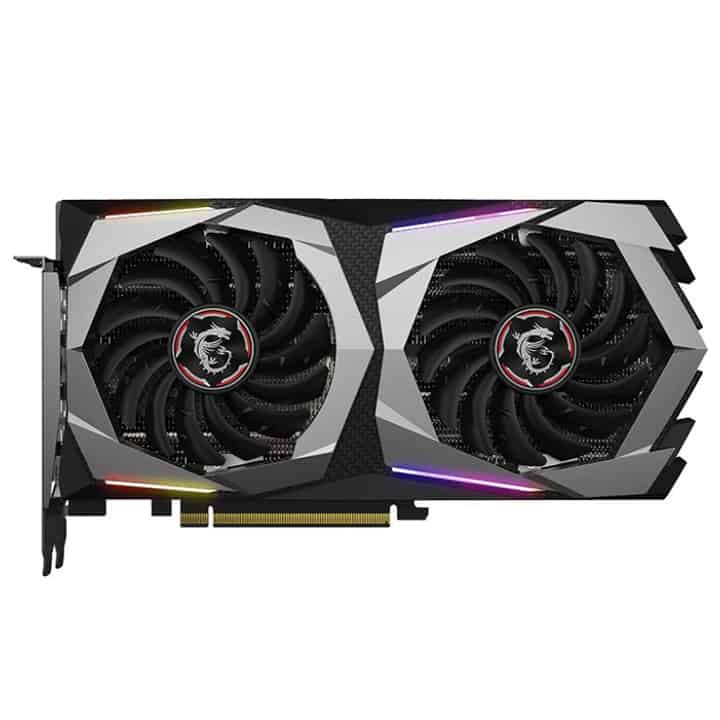 The cheapest Nvidia GeForce RTX 2060 comes at MSRP from Gigabyte

If you don’t want to spend on extra features and you just want a solid RTX 2060 at MSRP this is the card for you. The Gigabyte Windforce RTX 2060 boasts a modest factory overclock and the dual-fan version of Gigabyte’s Windforce cooler. As far as RTX 2060s go, this card should perform on average or slightly above average thanks to its respectable factory overclock. (Other cards may not exceed reference clocks or go very far past it, like the next GPU on this roundup.)

Truthfully, there isn’t much extra to say about this one. It’s a very solid card, and it’s suited for those who don’t have extra cash to spend on frivolous extras or a specific use case. Unless you want RGB or a low profile, this is probably the right card for you.

The best mini Nvidia GeForce RTX 2060 is this ZOTAC card

If you need a version of the RTX 2060 that’s as small as possible, then the ZOTAC Twin Fan Mini RTX 2060 should be the right pick for you. It’s usually at MSRP, so there shouldn’t be a price penalty for picking this card over its larger rivals.

The smaller size of this 2060 makes it suitable for ITX gaming builds, and installation within prebuilt PCs with an available 8-pin power connector and a 500W+ PSU. However, this smaller size does come at the expense of cooling, which means the factory overclock is incredibly marginal and you’re unlikely to be able to push it much further yourself.

This shouldn’t lead to a massive performance loss since the Turing architecture determines the most about its performance, but there’s not a lot of reason to go for this over say the above card that’s usually at the same price point unless you are making a smaller form factor build.

The EVGA RTX 2060 XC Ultra is our boost clock and overclocking pick. It’s the largest card on this list and it boasts EVGA’s dual-fan cooler design, which should give it the thermal performance it needs to push the highest possible overclocks on an RTX 2060 chip.

It doesn’t have any aesthetic extras, like RGB, and it does retail for about $400. That may be a hard pill to swallow for some consumers, but some others may not mind, especially if they’re familiar with EVGA’s stellar customer service reputation.

Whether you need to replace or upgrade your card down the line, EVGA is one of the best manufacturers to buy from. Unfortunately, they know this and that means it does come at a price premium.

Oh, there’s also a DVI port on this one! If you use a DVI monitor and refuse to buy a DVI-to-HDMI adapter for some reason, that may make this card the right choice for you.

The MSI RTX 2060 Gaming Z has a bit of a ridiculous title-- it sounds like a made-up game system on a early 2000’s Nickelodeon sitcom-- but it’s no slouch. This is the best RGB RTX 2060, and arguably the best overall RTX 2060, since it boasts plenty of cooling capacity, overclocking headroom, and yes, RGB lighting. While we feel like the EVGA will probably overclock a bit better, this is undoubtedly a more premium option-- and that is reflected in its price tag, which is usually just over $400.

On most days, this will be the most expensive RTX 2060. If you want a great out-of-box factory overclock and the added aesthetic flair of RGB, though… it may be the best one for you.

If you aren’t familiar with all the specs and jargon we threw around earlier, don’t worry. We’ll use this section of the article to fill you in on what you need to know before buying a graphics card.

The RTX 2060’s MSRP is $349, and most of the cards on this list meet that price point. RTX MSRP is as cheap as it gets with the RTX 2060, and it’ll likely stay that way for at least a few more years. Ray-tracing is an expensive new technology in the PC space, and it’ll be awhile before costs are low enough for us to see this kind of power in, say, a sub-$200 GPU.

How does it perform?

In terms of performance, the RTX 2060 easily outstrips the Xbox One X. That requires a bit of an explanation, so allow us to elaborate.

Consoles like the XOneX and PS4 Pro use upscaling to achieve a 4K image from 1440p or 1800p– they are not rendering true, native 4K. The consoles also tend to have visuals on par with what would be mixed Medium (sometimes Low, sometimes High) settings on PC, and almost never Maximum settings. There is also the matter of framerates, where the X/Pro tend to push 60 at 1080p and 30 at 4K, though this can change with certain games.

Unlike these consoles, the RTX 2060 actually can achieve a native 4K image using console-equivalent settings, which kinda ruins the point for some. The best range to use the RTX 2060 in modern games is at 1440p and 1800p, with mixed High/Max settings, pushing framerates of 60 FPS and higher.

This is for regular games, though. When it comes to ray-tracing, you’ll typically need to play at 1080p to maintain 60 FPS at maximum settings, as what most gamers would at least want. While this does look stunning, it can be a bit of a disappointing compromise for those with high-resolution displays.

If you want to see more detailed benchmarks in modern-day worst-case scenarios, we recommend peeking at the Digital Foundry review.

Clock Speed: does it make a difference?

While many of the GPUs in this article have factory overclocks, and some have better user-end overclocking or boost clock range than others, it’s important to note that an RTX 2060 is still going to perform like an RTX 2060, regardless of what you do to it. Even with the best GPU overclocking, you shouldn’t expect to gain any more than ~10 percent or so in performance, and in scenarios where the CPU is the bottleneck, you may not even get that.

The main reason to get a GPU with a higher factory overclock is to save yourself a bit of time overclocking the card yourself. At the end of the day, your GPU clock speed is only one part of a larger picture. Things like DLSS from the RTX feature, cooler size, architecture (in this case, 2060’s Turing architecture), and available processing cores will have just as much, if not more, of an impact on your final performance and thermals.

Shorter graphics cards are often referred to as a mini GPU, or an ITX GPU. The main benefit of these cards is the ability to fit them into smaller PCs, especially prebuilts that otherwise wouldn’t be able to contain them. In the case of the RTX 2060, though, you’ll want to make sure that you also have a compatible PSU that can power the card, since it can’t be run on PCI Express power alone.

With modern Nvidia GPUs, you’ll typically see up to 3 DisplayPort connectors, and usually one each of HDMI and USB-C. (The latter is for VR Headsets.)

The RTX 2060s in this article do not include USB-C connectors, but they otherwise stick to this trend… except one, which swaps out one of its DisplayPort connectors for DVI. We aren’t sure why you’d still be using a DVI monitor with a high-end GPU like this one, but we aren’t gonna judge, either.